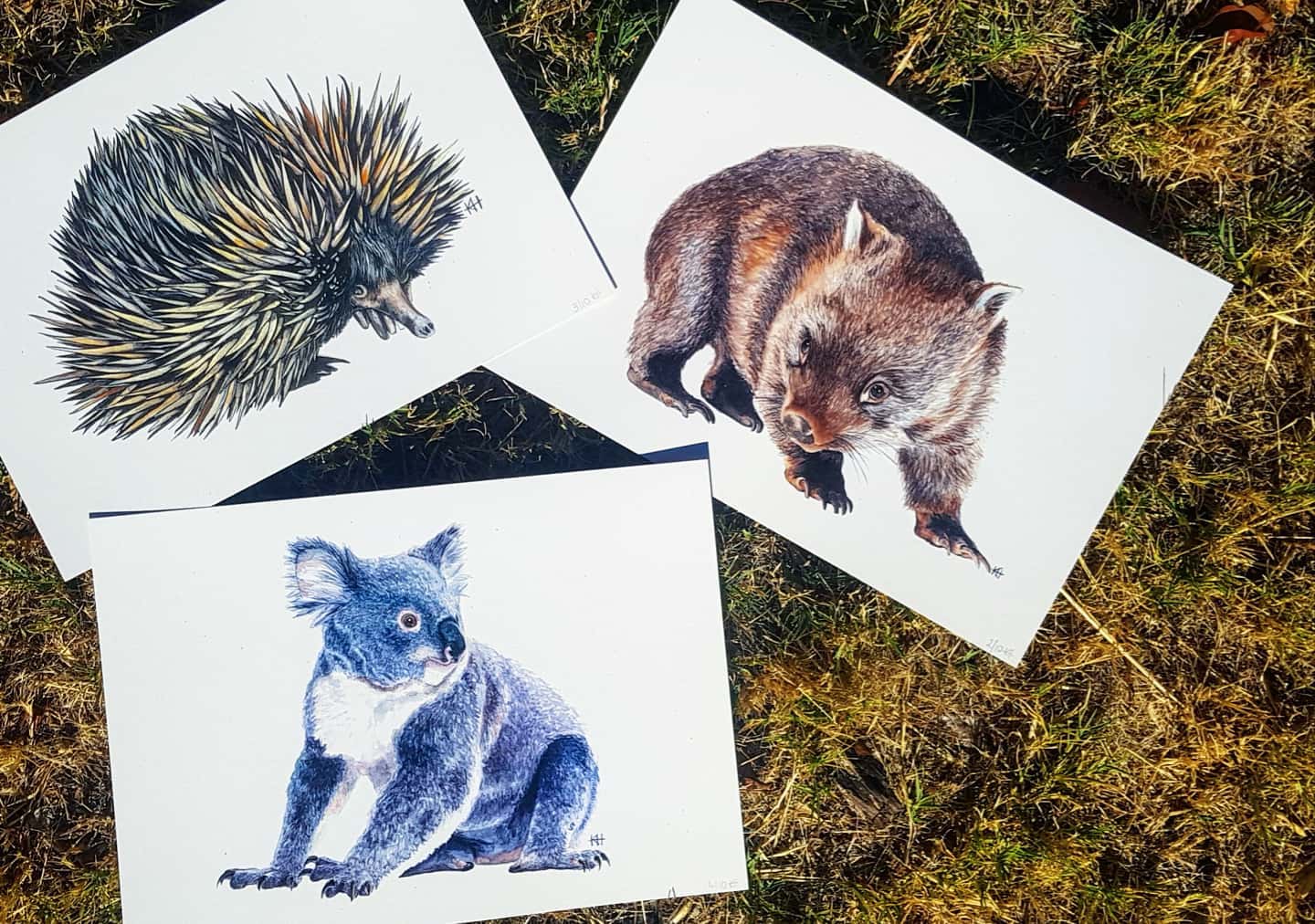 For every print or original artwork sold within the Native Australian Fauna collection, 10% of proceeds are donated to Minton Farm Animal Rescue Centre.

Minton Farm Native Animal Rescue Centre is an not for profit organisation ran solely on volunteer time and community goodwill. The centre was first opened in 1992, and is managed and owned by Bev Langley.

The centre rescues and cares for injured and orphaned native animals. They hope to educate the local community the importance of these animals, and what the community can do to ensure they live on for future generations.

Donations assist with the feeding and veterinary care of the animals. You can donate by direct deposit to their bank account (details below) or visit their website where you can choose to sponsor an animal, donate supplies or volunteer your time to help. 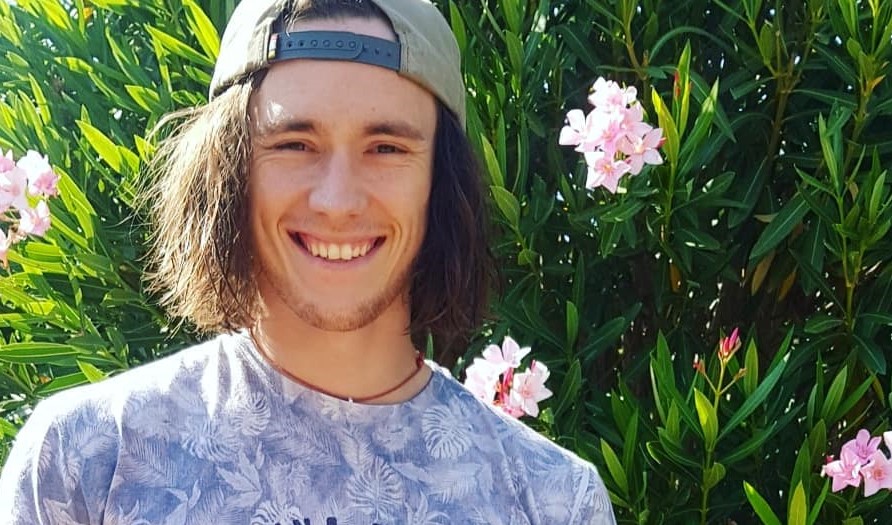 Sea Glass by Owen May

Owen, 26, has been collecting sea glass on and off for almost 6 years. He initially began collecting simply because it looked cool, however, it was the history behind the sea glass that kept him hooked. Ever since Owen started collecting sea glass, he had wanted to turn it into jewellery, however without the tools or the skills this was only a dream… until recently.

After endless YouTube tutorials and a small fortune to gather the tools, he began teaching himself how to work with the sterling silver. There were many frustrations expressed in a shouted word or two (or 3..) but his skill level has improved tremendously in such a short time. Maybe I’m just biased, or maybe you should go explore his range when it’s released next week!

Meet the Maker Q & A

How long have you been collecting sea glass?

“I’ve be collecting sea glass on and off for coming up 6 years.”

What is it about sea glass that made you start collecting?

“Because it looks awesome! – I find it interesting; the history involved. It’s a hidden treasure that not many people know about.”

What’s your favourite glass colour/type and why?

“Any aqua or colbolt blues look nice. Blue is a pretty common favourite colour for a lot of people and look very nice as jewellery.”

Where are your favourite spots to find sea glass?

“I was born in Bideford England. I’d often visit Woolacombe Beach over there. I’ve been living in Australia now for about 5 years. The local favourites are Port Willunga Beach and Sellicks Beach. Robe is a bit further to travel to but is very good to find sea glass. Manly Beach in NSW is pretty good too.”

When did you start making jewellery?

What is your favourite part of the making process?

What do you hope your jewellery will bring to your customers?

“I guess I hope it brings a connection to nature and the ocean. Sea glass is basically litter that I’ve found and turned into something precious” 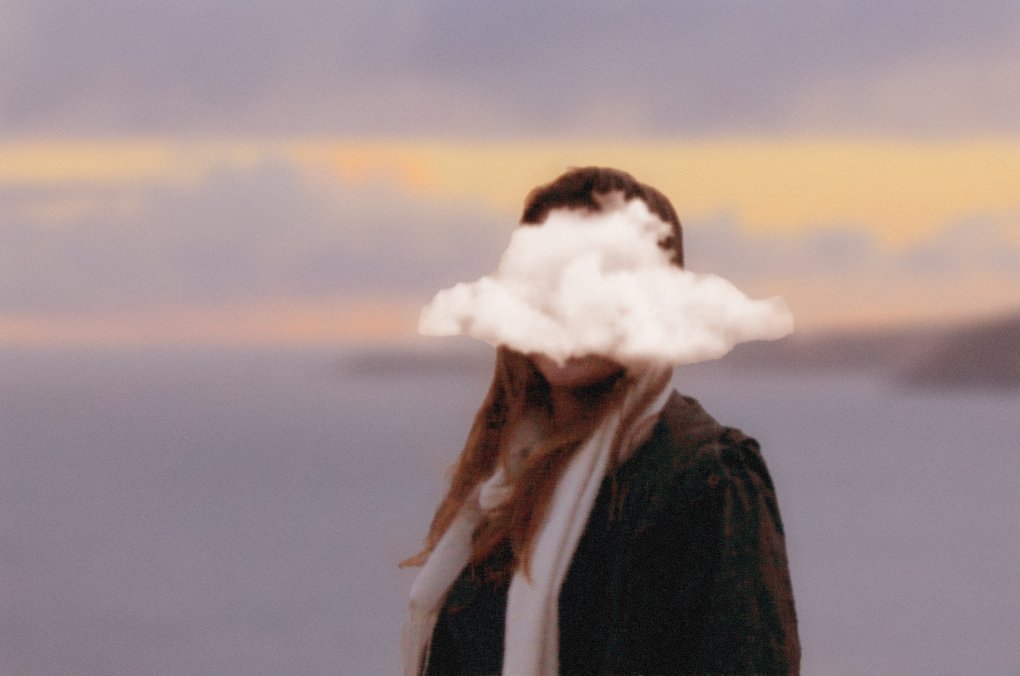 I want you to imagine a beach, with a bright blue sky that is fading into a sunset. There’s a couple walking hand in hand in the distance. You’re standing on the waters edge. When you look down to your bare feet, you can feel the sand between your toes and the coolness of the water…

That picture that you see in you mind.. yea, I can’t do that.

This is a condition that has been named Aphantasia, often described as, “Blind Mind’s Eye”   —  The inability to voluntarily visualise imagery.

Every time I’m told to close my eyes and imagine a scene, I can think of the basic facts about that scene – however I can not actually visualise it.  If I were to ‘imagine’ a family members face for example, I would just think of a list facts about their features (eye colour, hair colour etc) that I can remember about them, yet I don’t  have the ability to conjure the image of their face in my mind. So unfortunately, unless I’ve known someone long enough to remember a list of their facial features, I will completely forget what they look like until I see them again.

But that’s not all.. I also cannot imagine the other senses: touch, taste, sound, or smell. Like my inability to visualise, I can’t experience the other senses in my mind either. Instead I will just recall the facts of each sense. I can mentally talk to myself – but it is in monotone. If I try to sing a song in my head, it is just the words and no tune.

I can dream though. I don’t dream often (that I know of), but when I do, the dreams often feel very real. Though once awake, I can barely remember what it was that I dreamt of, and the memory of the dream completely fades by the end of the day. The more I try to remember a dream, the harder it is to retain. There are only a number of dreams that I can remember to this day, and they are all either my scariest nightmares or completely bizarre dreams, like the time I was a talking dinosaur.

How it effects everyday life:

For 23 years of my life I had thought that the sayings like “imagine that” or “picture this” were just a figure of speech… I’m now 24… I had no idea that I had a different way of processing visual information. Or that the way my brained functioned was in fact, very different to the vast majority of people.

I’ve always had a terrible memory. After realising that my brain is wired differently to the majority, it provides a reason as to why my memory is so terrible. Most memories for the general public is in images, feelings and senses. Since this isn’t an option for me, my memory solely relies on facts that I have retained over the years. Sadly it isn’t an awful lot.

I get random memories when I complete an action or hear, smell, touch, taste something that has happened in the past, a bit like Déjà vu. However, when I try to recall what my deceased grandmother looked like or try to remember the sound of her distinct Irish voice, I simply can’t.

There are some positives to this though. Such as, I know that I love certain foods, but since I can’t imagine the taste, it’s kinda like eating it for the first time, every time!

How it effects life as an artist:

I do feel slightly disadvantaged in the creative world, as I don’t have the ability to draw from my imagination or memory. I tend to use a reference photo for every piece of art that I create. Whether that’s a photograph, or a Photoshopped image that I have designed/altered prior. I am occasionally successful drawing without a reference when it’s a subject that I have drawn and practiced multiple times before. 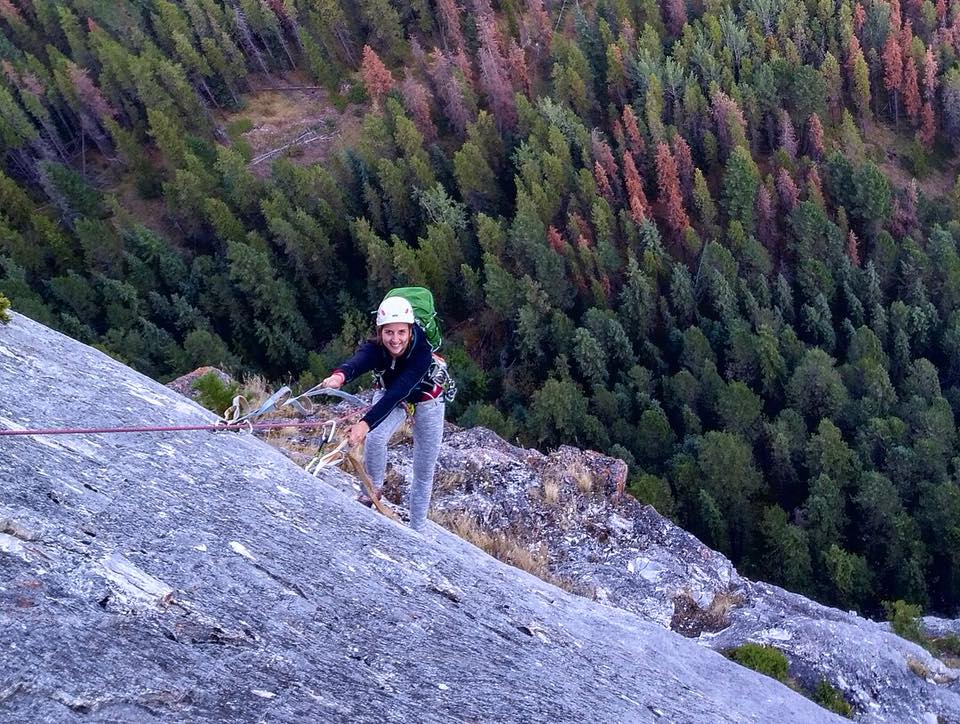 I sure do hope you didn’t just  stumble upon here by accident! …or if you did, maybe hang around and check out my stuff? I’ve got a few cool works that may tickle your fancy. Or if you don’t find something that you were looking for, send me an email and let’s fix that! I take commissions of any kind. Whether that’s a painting of your dog (or someone else’s), or a painting of a… Oh I dunno… Anything! Send me an email and lets discuss the possibilities.

Still not sure? Head over to my previous commissioned works and have a read of the reviews!

If you’re still reading then I better actually introduce myself! I do have a bio page but that’s not all there is to know.

Let us start with the basic stuff:

Occupation: Wannabe full time artist (help me out by making a purchase?!?)

Eye colour: too much info..?

Well, not only do I paint, but I also like to climb up stuff, you know, like cliff faces and boulders. The cool kids in town call it Rock Climbing and/or Bouldering. I like climbing not only for the physical activity itself, but the sport introduces you to some pretty sweet humans, new locations and most importantly, being in the outdoors. Yes, I am a massive fan of nature.

Which brings me to my personal art project, “Sea of Plastics”. I’ll be making plenty of future posts with updates on this project and further explain my intentions, but in short, I want to address the issue that pollution has on the environment, in particular plastic pollution in the oceans.  I hope to create a bunch of works which will become available for purchase!

Free shipping for orders over $100! (AUS residents only) Adelaide Residents: Use the coupon code "LOCAL" to collect orders from Mitchell Park. Dismiss